Another year, another tax return

I went and got my taxes done today. What with the deadline for filing looming large on the calendar, it's a relief to have it out of the way.

I blush to admit that I am incapable of doing my own taxes. Even though I like to think I'm a reasonably intelligent person, doing taxes is like swallowing an elephant--it ain't gonna happen! I like to say that I'm a words person, not a numbers person.

Happily, I have a friend who actually likes doing taxes! She has done them in years past but couldn't this year due to family problems. So, I went online and found a place where volunteers help with taxes for low-income folks like me. It's first-come, first-served so I went early and wound up standing in line in an office building stairwell for twenty minutes.

The process was streamlined enough that it moved along at a decent pace. There was an interesting mix of others in the waiting room. Along with the usual working folks, there was a young Hispanic woman holding a toddler with a little boy in tow. There were several college students filing for the first time, a young Asian couple, and several men who appeared to be living a hand-to-mouth existence. One was wearing shoes with the paper-thin soles barely attached. There were several older Hmong immigrants accompanied by their adult grandchildren as interpreters and several people with disabilities. It was basically a composite of St Paul citizens.

I was quite impressed by the courtesy and diligence of the staff and volunteers. They even provided free coffee and packaged snacks for the long wait.

My total tax refund for state and federal comes to a little over $100 which will be nice. I found that the service is supported by donations. It's call AccountAbility Minnesota and it does good work. 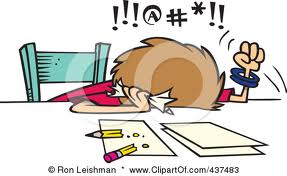 This is just fantastic. What a great service. There used to be something similar at our library, but don't remember seeing it recently. I'll have to ask. What a cornucopia of people you see to write about. I hope all went well for them, too.

Yea for AccountAbility Minnesota, and Yea for a refund !

So glad that all went well for you. I have a phobia about doing my own taxes and even get anxious going to my very nice accountant. I've gone to him for years -- at least ten + -- and he's reasonable, quick and has good advice. I second the yay for refunds!

Hubby does our taxes..I'd get stressed, confused and no doubt get it all wrong.
Jane x

Ugh! I've never agreed with the way taxes are collected - in any efficient society that has been running for a few thousand years the costs should be known by now. One simple bit of arithmetic to divvy it up according to ability to pay and one simple bill is all it should be. Anything else is pure social manipulation and experimentation, or pure exploitation by bullies, or both, and not what I voted for!

Come the révolution, when I am "He who makes the trains run on time" ...

Truth be told, 20 years ago I did my own taxes, took it to H&R Block for them to look over and they said it was fine. Well, I thought I made an error and changed the amount giving us more. 5 years and 2000.00 later, I learned someone else will always be doing my taxes.

Joanne, Buttercup, Jane and Chic: I am glad that I'm not the only one who gets stressed to death by tax forms!

Owl Wood: You made a really good point--why is the national budget such a "crapshoot"? I often think that of car design--why can't they come up with one really good car design after all the recalls and the bugs are worked out. And then stay with that model?

I love AccountAbility. They're a great example of what a nonprofit organization should be.

What a great service! Congrats on getting a little money back. Ours are being done long-distance for the first time. Don't know what lies in store!

Daughter-Thanks for the thumbs up!

Mitch-It would be even scarier having to do taxes out of the country. Good luck with that!