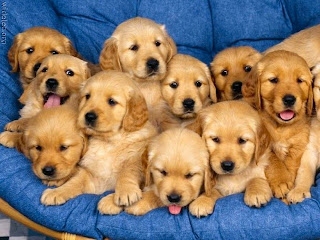 There are few things in the world cuter than puppies! You may quote me on that!.
Posted by Ms Sparrow at 9:05 AM 10 comments:

On reaching the age of ten 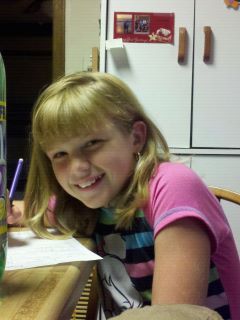 This is my oldest great-grandaughter, Kristie. She turns ten today.

This brings up a lot of conflicting emotions for me. For instance, if my health holds out, I could be a great-great-grandmother in another ten years!

I remember when I turned ten back in 1950. Like Kristie, I was the oldest, but I didn't feel much like a kid anymore. I spent a lot of time in the house helping my mother while my younger siblings played outdoors. Kristie--to her mother's credit--is enjoying her childhood.

Kristie and her little sisters have been spending a week with me every summer for some years. She is a darling child and a lot of fun. I'm so glad I got to be her grandmother.
Posted by Ms Sparrow at 10:52 AM 8 comments:

How I fumigated my bathroom--A serious story (Re-post)

I don't have any sense of smell. I wasn't always this way; when I was a kid my mom would always ask me to smell the milk if she thought it had turned. She had lost her sense of smell so I guess it runs in the family.

Because I can't smell, whenever I'm cleaning I worry that everything reeks and I must take special pains to freshen it up. This is in addition to getting rid of cobwebs from a thriving population of house spiders--but I digress.

Case in point: Cleaning the bathroom.

I poured an ample amount of blue liquid stuff in the toilet to let it "steep" while I scrubbed the bathtub and sink. When I mopped the floor, I noticed that the plastic caddy that holds the toilet brush had water sitting in it. Since it was likely that the water might smell, I poured the water into the toilet.

Now this is the stupid, serious part. Just to make absolutely, positively sure the caddy didn't smell, I decided to rinse it out with some bleach. I swished the bleach around and then poured it into the blue water in the toilet.

It took a minute before my fractured olfactories began to sense the fumes. My nose actually starting burning. I quickly turned on the ceiling fan and got out of there, closing the door behind me.

I knew that you should never mix ammonia and chlorine bleach. In fact, I once read of a woman who died while cleaning her unventilated bathroom. So I inspected the label on the toilet cleaner to see if it contained ammonia (which I never would have expected). It wasn't listed on the contents. But, in tiny 8-pt letters on the back, it said not to mix it with bleach.

C'mon! That should be in BIG RED letters on the front!

It wasn't until late evening that I could open the door to the bathroom again. But, by golly, there was nary a spider in there. I hope they died quickly and painlessly.

I don't hate or fear spiders and generally try to co-exist with them. I practice catch and release whenever necessary--like a really big, obnoxious-looking spider. I'm not heartless, after all.

FUN FACT: No matter where you are in the world, there is probably a spider within six feet.

(When I originally posted this, Pearl commented, "That is NOT a fun fact!")
Posted by Ms Sparrow at 11:45 AM 12 comments:

I have a strong urge to make a pot of soup today so I settled on Minestrone. Fortunately I have all the ingredients on hand so I only have to assemble them and sit back while it simmers on the stove.

I really love to make homemade soups. The only problem is that I keep adding stuff and pretty soon I have way too much. After eating it for several days, it gets boring so then I put the rest in plastic containers and freeze it.

That would be great except the next time I want soup, I want to make it, not defrost it. 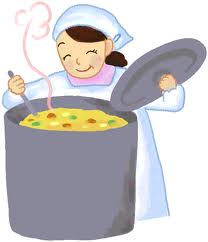 I really liked this pretty yellow boxed comment so I added it to my page. However, it also bugs me because there is a punctuation error in it. There should be an apostrophe in the possessive "woman's".

A friend reposted this one on Facebook. It has a great message, but the spelling error and two punctuation errors (s/b you're) really detract from the message. And really, who is too busy or "cool" to spell out "you"? 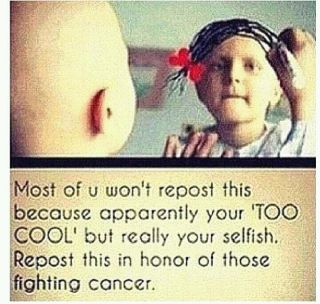 And then there's this one by somebody with a problem with contractions: it should be "didn't" and "don't" 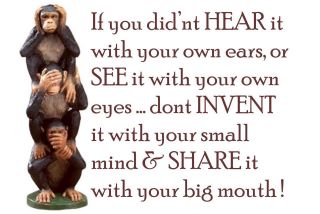 It's sad that there are so many people with the skills to design a graphic who have poor grammar skills.
I suppose you could say that the persons who posted these graphics were angry and not thinking past the message.

I guess you could call me a "joiner". I only got on Facebook because everyone else in my writer's group did.

I think I will be "pinning" some recipes and cute pictures that I run across. It looks like there are a lot of categories to check out. If I find any really interesting stuff, I'll let you know. 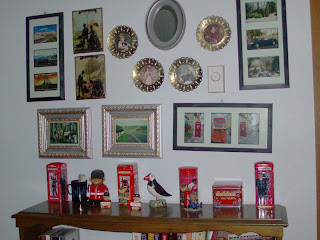 My souvenir wall with stuff from the American Southwest, England and Iceland. (Why do some pictures absolutely refuse to hang straight?)
Posted by Ms Sparrow at 2:22 PM 5 comments: 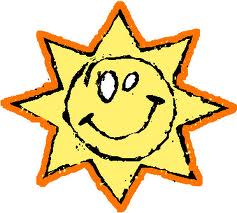 There's ME... and then, there's everybody else!

Lately, it seems like everybody now says, "Me and my friend" instead of, "My friend and I".  I mean you never hear it said correctly anymore!

I cringe when I hear public figures making this error. It's become so ingrained in mainstream communication, I believe it's past the point of no return. To always put yourself before the other person has become the rule. 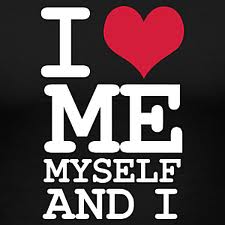