A salute to the squirrels!

We've been having historic low temperatures for a long stretch along with lots of snow. There doesn't seem to be any relief in sight either. I am always amazed to see the squirrels racing around in the trees like it's a spring day when it's 20 below 0. I put out an assortment of food every day for as many as eight squirrels and the flock of sparrows who show up for a handout. 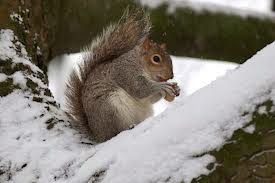 (Borrowed image)
With all the snow and bitter cold, there is very little going on outdoors. I'm so grateful for the uplifting energy and spirit of those little furred and feathered creatures who brighten my day. 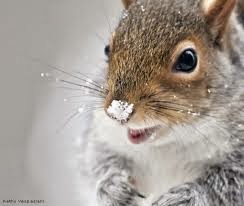 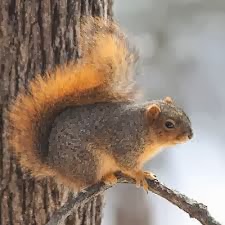 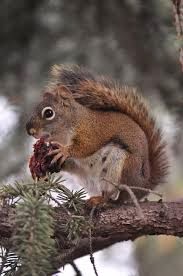 (Borrowed image of Red Squirrel)
.There are also several little hyperactive Red Squirrels that sneak over to snack on the food too. They're half as big as the other squirrels but very active and noisy.