Yesterday I got a phone call from my middle daughter, Brenda. She had just been diagnosed with asthma and will need to start using an inhaler. Her older sister has been using one for some time.


I've read that the incidence of asthma has been increasing in the population. And yet...back in the sixties when my kids were little, both of their parents were smokers. Their healthy little lungs were polluted with second-hand smoke on a daily basis. What kind of people would do that?! How could we have been so ignorant and selfish?

We humans seem to blunder our way around the planet doing insanely destructive things without any regard for the consequences. Then we have to struggle to repair the damage in a costly last ditch effort. We rarely succeed.

We really don't deserve this beautiful, incredible Earth. The single largest man-made structure on the planet? The answer is Fresh Kills, the rubbish dump on Staten Island, NY. It is close to 5 square miles in area and exceeds both the Great Wall of China and the pyramids in volume. It was closed for good after debris from the World Trade Center was deposited there in 2001. 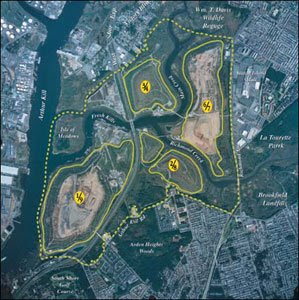 Thankfully, they are now flattening and landscaping the area and plan to make it into a park.

I still wonder, though, will there ever be intelligent life on Earth?

You put too much pressure on yourself. My asthma was the result of my smoking. You did not do that to me. That was peer presure. You were and are a good mom.

Aw, smoking was "the thing" back then. My mother smoked since she was 10, and she's from the generation before you...smoking was all over the place -- gosh, even I can recount NUMEROUS times I went into the doctor and the dude would be SMOKING...they SMOKED in hospitals, too, it's a wonder the oxygen tanks didn't blow sky-high...

DO NOT beat yerself up about smoking. I did all sorts of hijinks for my son's asthma -- never used scents, changed his bed 1X a day with fresh linens, never line dried his things, on and on and on -- now he SMOKES like a chimney, does drugs, and slathers on that highly scented AXE cologne like it's holy water. And his asthma is GONE. Go figure, dearie.

I cannot understand why people will not take their litter home We have some beautiful countryside and it's often spoiled by careless people leaving rubbish There was a programme on TV last week about how even Ben Nevis hasn't escaped the litter louts.

You are so kind to try and ease my conscience. I often wonder whatever possessed the first person who decided it was a good thing to inhale smoke into the lungs. Of course, in that era the life expectancy was so low that nobody lived long enough to get lung cancer.
Penniwig--I find that so interesting that your son no longer suffers from asthma. HOW Come that is?