This afternoon, my teenage grandson, Allen and my great-granddaughters (his sister, Lindy's three girls) arrived for a one week stay. It's always such a delight to see them bursting with energy and affection. 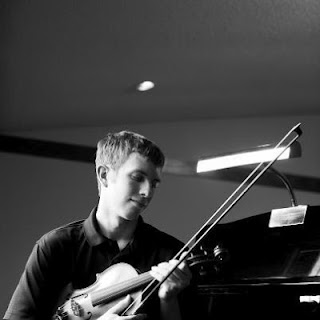 We decided to go to Snuffy's Malt Shop for supper. Snuffy's is a tradition and I've been taking grandkids there almost as long as I've been a grandma. We went early and got seated right away. The interior is decorated in festive  red and white striped  wallpaper and just inside the door is a soda fountain. We sat in a large booth where we had a ringside seat of the place. 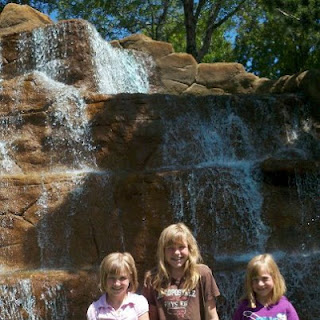 The kids ordered malts and sandwiches and chatted happily about their recent vacation to the Black Hills. I began looking around and slowly realized that there were no other kids in the restaurant--it was people my age. 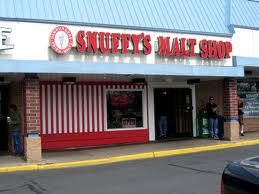 It dawned on me that these are the folks who grew up in the malt shop generation of the 50's and 60's. So, of course they love the place as much as the kids do! I don't think they were having as much fun as the kids with me were having, however.
Posted by Ms Sparrow at 8:26 PM

A slice of history pie. OK, I have to ask to be sure - what exactly is a "malt" in terms of a drink? All I know here in the wet country is late-night Horlicks!

We used to visit one when we first arrived in Canada. They were sweet gentle fun places with jukeboxes at each table. Now it seems all sports bars, loud music, and HUGE TV screens.
Jane x

My grandkids prefer to go to the more diner style restaurant in town, vs. the more sports bar style across the street. Both are equally old and homey. Interesting, as it makes no difference to me.

Owl Wood: A malt is a concoction made with lots of vanilla ice cream, a little milk, any of a variety of flavorings and malt powder. It's then whipped in a malt machine and served in a tall glass with a straw. If it's made without the malt powder, it's called a milk shake. The malt powder is made by Carnation or Horlicks (a fact I did not know!).

Jane and Chris: Yeah, sports bars are a far cry from the cozy malt shop!

Joanne: I think I would prefer a diner to a sports bar myself!

Reminds me of Johnny Rockets, which we have here in Seattle. I love taking my grands there, and like you, can reminisce when I grew up in the 50s and 60s. Thank you for sharing, XOXO

Hope you're enjoying the trio plus one! They are so fun!

Our whole family is fans of Snuffy's. When the girls grow up, they will remember Snuffy's and time with you. Can't get any better than that !

It looks like my kind of place - I love malted drinks. You have lovely grandchildren.

You've got a beautiful family. And oh how I could go for a chocolate malt right now!

Oh I love malts, but they are in the family of gluten so alas I can't have them any more, love the name of the malt shop, your family is wonderful. what is the waterfall the in the photo?