It's a muddy May Day

After a three-month hiatus, I'm slinking back. It's been a lousy winter and so far, it's a lousy, cold and rainy spring. There is still part of an unmelted snowbank over in the corner of the parking area.

On Tuesday, we went over to Mort's Deli in Golden Valley, a suburb of Minneapolis. It's on the other side of the Cities so I don't get there often. They have a unique menu so it's one of my favorite places to eat. We met my granddaughter, Samantha and her sister's boyfriend, Mark for lunch.

Mark works on the far western side of North Dakota at a "boomtown" oil drilling site. There are lots of guys who go out there for the high-paying jobs. He works twelve hours a day for two weeks and stays in a bunkhouse with some other guys. Then he has two weeks off and comes back to the Cities (on the eastern side of Minnesota) for the next two weeks. Since Samantha's sister is at work during the day and Samantha had the day off, they were hanging out together.

Anyway, back to the food. Mort's has lots of New York deli menu items like blintz's, knishes and matzo ball soup. I ordered the beef brisket sandwich with chopped chicken liver "schmear" on rye. Samantha ordered the Elvis Burger, apparently based on a favored sandwich of his. It was topped by a fried egg and peanut butter! She loved it. 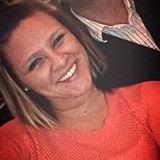 Samantha selfie
It's one of my pet peeves that you can drive from one end of the U.S. to the other and find the same restaurants every, single place you go! Most of those places are waaay down on my list of desirable places to dine. MacDonalds, Arbys, Subway, Perkins, Taco Bell, Burger King, KFC...

So here's to all the independent restaurants that provide a sense of adventure to eating out!
Posted by Ms Sparrow at 12:13 PM

Wow... is snow really hanging around in MAY! It's been a long winter...
I love peanut butter, but the Elvis burger sound a bit adventurous for me. I'm glad that Samantha enjoyed it! Lovely to hear from you again. Jx

Your list of "restaurants" contains every single place I would never eat!
Frozen, nuked, flavorless food at all of them.

Your independent sounds marvelous. We have so many in the Cleveland area. Corky and Lenny's here sounds like your Mort's. I'm meeting my daughter for lunch tomorrow and she offered my choice of Red Robin (a chain) or Tommy's, "for old time's sake." That's how long it's been around. I chose Tommy's.

It has to be independent for us too...that's where you get 'real' food.
Jane x
PS You have been missed.

what an intriguing menu I can see why you like it, glad to have you back, hope all the mud dries up

Absolutely positively true. A few years ago I decided to try some down home southern food in the deep south. No luck it was all the same mass produced homogenized stuff on your list. Yuk!!!!

Ooh no, the most unhealthy food, tasteless as well. Never mind, at least you were having nice time.

I agree with you! I love finding the unusual places with homemade goodies on the menu. Your outing sounded delightful and I hope it helped put the long winter behind you, XOXO

Samantha's smile could light up any room! I am so looking forward to going to a good, one-of-a-kind NY deli in June! Corned beef or pastrami. Potato knish. And an egg cream!

I love independent restaurants too,

Welcome back Ms. Sparrow !
Glad you are out and about again .
Your granddaughter looks like Reese Witherspoon :))