On that fall day of the assassination, it was overcast and windy in Worthington, Minnesota. My oldest child was four and a half. The youngest was four months old. We lived in a trailer court on the edge of town in a two-bedroom mobile home. At 40' by 10', it was really crowded with our family of six, a dog and a cat. I was 23 years old.

The Mickey Mouse Club came on TV every afternoon at 4:00. When I turned on the TV for the kids to watch, there was only "snow". The TV antenna was positioned on a pole standing inside a cement block and braced by the trailer hitch at the front end of the trailer. The wind had spun it around it so it wasn’t picking up a signal from the TV station in Sioux Falls fifty miles away. Since this happened often, I ran outside to turn it so it would pick up the signal. I ran back inside to see if the picture was coming in. It was, but it wasn’t the Mickey Mouse Club. It was Walter Cronkite saying the president would be “lying in state".  I was confused and stunned as the terrible details were slowly revealed over the next hours and into the night. As the reports were repeated over and over, the reality slowly sank in. 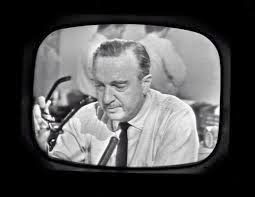 I had the TV on constantly for the next several days watching the continuous coverage in black and white. In the confines of the small mobile home, I was never far from the TV set so I was watching when Jack Ruby shot Lee Harvey Oswald live in front of millions of people.

I remember being very sad and feeling disconnected from the events so far away, and yet transpiring right in front of me on TV. 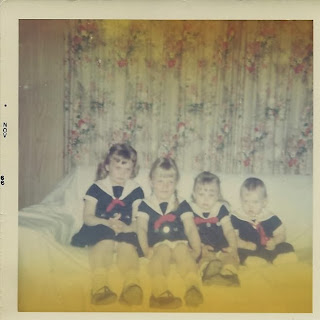 This was taken in the mobile home the following year.

I love that last photo! I was only 7 when Kennedy was assassinated, and, to be honest, even though I have seen so many photos of the incident in later years, I don't remember too much about it at that age.

There was an article in one of our newspapers speculating on what might have happened had he lived. Which was fascinating in a sense, but ultimately useless as we can't go back and change things.

I was 18 and a freshman at LSU when the news hit about Kennedy. They say that denial is one of the first things people do with news that they don't want to believe. Well, I didn't believe it when I heard people whispering. It wasn't until we got to class and the Professor told us what happened in Dallas that it sunk in.

What an awful universal moment. We all know where we were when JFK was assassinated. Actually, it was a nice day in Cleveland, Ohio. I was wearing my favorite khaki bermuda shorts and a paisley shirt. We came out of class, someone shouted "the President's been shot" and the person I was with said "Good." I never spoke to him again.

What should have just been an ordinary Friday in November turned into a day I can remember vividly fifty years later. I was in the eighth grade in home ec class in Hartford Ct.

This is a very poignant remembrance.

I was just a young 11 years old, but, I remember it so well, it was horrid. What a mobility home, lovely.

Thank you for sharing this. I was coming out of a class at college when two students came running up the stairs shouting the news, so I went back to the dorm and turned on the radio (never thought to go down to the TV lounge). Now you have me trying to piece together my other memories of that event; perhaps I'll blog about it, too. Fifty years ago!

I was in 8th grade and cried. I watched a show the other night and felt that same sadness all over again. Definitely, like the Lincoln assassination and 9~11 it's one of the darkest days in our history, XOXO

Indeed. I had finished my morning classes at the Univ. of Minn. and then took a short swim at Cook Hall. Without afternoon classes that day I decided to take the bus home. Then realizing I'd forgotten my billfold I had to hike the eleven miles home to the East Side. Arriving home about 5 and finding my parents watching TV all upset I must have been one of the last people in St. Paul to find out what had happened....

Thank you for writing this. I found you through "BLissed-Out Grandma."

I posted my own account... it is interesting to read others' writings of what they were experiencing at this time. What is even more interesting are all of the questions that still remain 50 years later.

It seems like everyone who was alive then remembers the event so well. Your story was amazing. Love that pic of the kids, too!

I was two months away from being born when JFK was shot, but my mother remembered it well.

I also remember that day very clearly. My family and I had just driven through Dallas the day before it all took place. We were glued to the TV set for days.