Today. we went out to the "used bread" store on Silver Lake Road to stock up on our favorite English Muffin Toasting Bread. The stuff is perfect for breakfast toast, French toast, grilled cheese sandwiches and BLT's. Since we use it almost exclusively, we like to keep plenty on hand. The price at the local grocery stores is close to $4.00--the price at the outlet store is half that much. 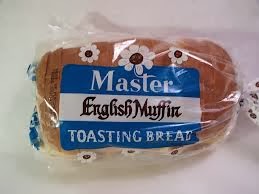 (They're small loaves so they don't last long.)
When we got to the Sara Lee Bakery Outlet, there was a handwritten sign on the door that the tiny store will be closing on December 14th. We picked up six loaves of the wonderful stuff and asked the lady at the cash register it they were just moving to a new location. She said that a Mexican Corporation called Bimbo Baking had bought out Sara Lee and they were closing all the outlet stores. (Bimbo also bought out Hostess when they went bankrupt and the famous Twinkies were off the market for a while.) 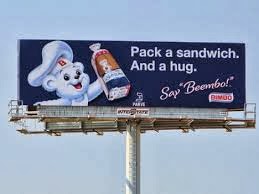 This is the store where we buy big bags of outdated bread to feed the wildlife in the wooded lot. But more than that, it's the store where charities buy bread to make sandwiches for homeless people. It's the store where many elderly and folks on food stamps go to extend their food budget. I can well imagine that there are customers of that store who have had to rely on it for a large part of their diet.

I don't know who will step in and make up for the loss of the last remaining bakery outlets in the Twin Cities. It will be a hardship on a lot of people--and even worse, this comes at the same time that Food Stamp benefits are being reduced. It seems like the poor just can't catch a break!
Posted by Ms Sparrow at 3:08 PM

It's so hard to see good companies close down or get sold out. I am glad you bought six loaves!

Thanks for the story, and the English Muffins. I like them covered in humous, yummy.

that's sad, it's such a shame when good shops nave to close down

Love your post title - but it's a shame that it's bad news for a store that has a loyal customer base. Jx

I didn't know that about Sara Lee and I'm sad. Good thing I bake my own bread and don't have to worry about losing my favorites. It's hard enough when a program I watch gets canceled and Two and Half Men continue to be on! (Sorry, I have to throw that in, XOXO)

never heard of toasting bread, my Gary would probably like that I must look for it

Very sad. It seems to fit in with the tenor of the times. Bigger is more money for the few. Small is less influence and tougher times....:(

I too like small loaves but never buy any but the baked stuff at our local supermarket they make their own and they are pretty good.
Merle.........

Ms. Sparrow, you're now a source of breaking news. I haven't heard this anywhere else. Seems like it should be much better known!

This is sad. There is a bread outlet near my old office and I stop by every few months. Great prices and senior discount on Wednesdays. I, unfortunately, shop the cookies. It's not a rich neighborhood, but often there are very few people there. I think it's a great resource for people. My mother often shopped at the "day old" store and we were none the worse for it.

I wonder what Bimbo does with their old stock. I used to love going to the Entenman's outlet in Brooklyn. I don't know if it's still there. Maybe Bimbo's bought them, too.

I saw Gail Rosenblum's column today -- good work getting the word out.