The headline, dated April 1st, reads, "FTC pulls the plug on rogue telemarketing operation".  I cheered that at long last, our national nightmare is over! Never again would "Rachel of Card-holder Services" be harassing hundreds of thousands of decent citizens.

The news story goes on to state the despicable Asia Pacific Telecom company that has bombarded the US population with 2.6 billion recorded calls has reached a settlement to cease operations. The company was fined a measly $5.3 million and ordered to turn over all their assets. They were also ordered to properly dispose of all the phone numbers they had taken illegally from the National Do Not Call Registry.

Rachel at Card-holder Services is marketing "worthless debt-reduction services" according to the Federal Trade Commission. I know, because she calls me regularly. The automated phone message prompts you to press three if you want to discontinue calls. Of course, this is just a ruse to let them know an actual person has answered and not a machine. There is a prompt to press one if you want to talk to an agent. In desperation, I tried that several times and asked the "agents" to please remove my number from their call list. They would just hang up on me. So, for years I have just laid down the phone and walked away.

Yes, I said years! It's utterly ridiculous how ineffectual the FTC has been in shutting down this nasty operation that flagrantly defies the law and bilks thousands of people with worthless services. If you want to see how big the problem has been, just Google "Rachel at Card-Holder Services".

So, I was elated that the FTC had, at long last, done their job and protected us from the ongoing harassing and obnoxious calls. Until I got another call from Rachel a little while ago! Aarrrgh! 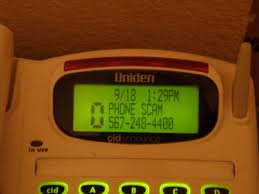 She called me recently, too. Must have been in the pipeline. I do hope it's over.

She hasn't called me in a while. Thank goodness!!! My standard procedure is if I answer and it's a recording I hang up. On my messages? Delete. I hope sneaky, manipulative Rachel is gone forever. I wouldn't be sorry to see more gone.

I wonder why the "powers that be" don't simply arrange to publish Rachel's own real telephone numbers (maybe updated at the end of the TV news if they try to change numbers), make calls to those numbers free and then ask any annoyed member of the population to give Rachel a call or twelve whenever they have a moment?

Any reputable company would have no problem with that, any such as APT would never again get a chance to call out... Hoist 'em on their own petard by making it easy for their own "customers" to contact them...

Just a thought, it would have to be quicker and cheaper than international legal action, surely?

Maybe legislate locally to make all calls to Rachel "reversed charge" calls and then throw recovery of the civil debt to any ambulance-chasing legal beagles who want to bid for it for a percentage ...

Pretty sure we've gotten those calls, too. We just hang up. But I was really surprised, when I stopped working, to find out how often the phone rings with sales calls and outright scams.

This woman's a SAM missile. Maybe it took a while to get her disbanded because her operation created jobs, LOL.

I hate those types of calls

I had completely forgotten about Rachel! Give her my regards. We haven't "spoken" since I left the country in July! I don't miss her one little bit.

I do not think Rachel has ever called me but her company has...the second I hear that recording start I hang up the phone.

So maybe it IS Rachel and I've hung up before she identifies herself?

You just can't be too careful, these days.