Still bothered after all these years

I first published this back in February of 2009. It still haunts me. 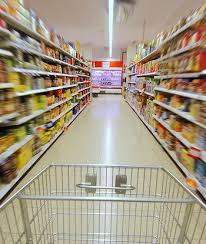 "I was reading a friend's blog today and she writes about being troubled by a worrisome incident in her past that she was powerless to do anything about.

This reminded me of an incident in a grocery store some years ago. I think about it every once in a while and it continues to bother me.

I had pushed my cart half-way down an aisle when a family of four was coming toward me. The father, a 40-ish beer-bellied type was pushing the cart. When our carts came side-by-side, the man was barking orders to a boy of around 10 on what grocery items to grab and put in the cart. The boy darted back and forth frantically while the man kept harassing him and calling him names.

The scariest part was that close behind the guy were huddled a thin, pale woman and teenage girl. They cowered close together with expressionless faces. The disturbing scene screamed ABUSE. I was angered and appalled that this was going on right in front of me. I desperately wanted to do something. I stood there watching for a moment while I debated whether to ask the woman if she needed help but she avoided making eye contact with me. I was terribly conflicted but afraid of making the bad situation worse. I looked around and other carts were now coming down the aisle and those shoppers were trying to ignore the whole situation. Reluctantly, I moved on and I have felt guilty ever since.

I always wonder what happened to that poor woman and her kids. I stew about what I should have done--alert the store manager? Intervene no matter what? Call the police?

I try to comfort myself that maybe the management saw the incident on security cameras and stepped in to help. But to this day, I wonder what would have happened if I had been more courageous."

I once tried to help an abused woman at work...she denied it and gave every excuse in the book to explain her bruises (one time a big black eye). She just wouldn't be helped. I suspect the same of the woman you encountered. But perhaps one day she realised she needed help for her family...and got it.
Jane x

I think we all have moments where we think "what if" or "I should have"...let's just pray that the woman left him and took the children with her...and they were all safe.

Women remain in abusive relationships for many reasons. Yes, it's awful for the children. Many things are awful for children.

You cannot offer a direct service like providing a home or support.

You can't beat yourself up over a situation out of your control.

What a terrible experience. The worst is that you could not really do anything without risking to make things worse for the wife and children.

That's such a hard call, because it implies there is some form of abuse happening and that the woman and her children needed help.
What a horrible 'what if' moment, though.

Not much you could have done to help her. She needed to make the first move.Don't beat yourself up over it. Sue

She might have accepted your help...but most likely not! I know, from my own experience, I hid what was going on in my home as I was growing up. I didn't want anyone to know I was abused at home.

I understand how you felt, and I feel that empty feeling when I see homeless people. They have or had parents or children or people that loved them and missed them. It is a helpless feeling for sure.

I suspect we all can think of times we wish we'd have done something. This one was so clear-cut and dramatic it has to stand out in your memory. But I agree with the others: It only seemed that you could do something. Sad, sad.

I've been in a similar situation twice in a public or private setting. Unless you see physical abuse not much you can do. As a teacher though Minnesota has mandatory reporting. There I could take action... and did.

It must have been horrible to see that situation and to feel powerless to help. But realistically there probably wasn't anything you could have done.

Oh my, that is a terrible situation. I'm not sure what I would have done-- or could have done. It's a sad shame.
xo jj

Not much you can do about it! The trolley in the aisle is splendid, favourite picture.

I agree. We all see things that disturb us in public. That seems to happen most on the subway and I see mothers speaking harshly to small children. I smile and hope a kind act will calm the mother down.

Such a hard situation to figure what to do.

Hard to say what you could have done in that situation, but it must have so difficult to witness. I hope she got help when she was ready.

I've had similar situations and beat myself up over not doing anything at the time. I still don't know what the answer is about getting involved, but there should be some sort of "help-line" to go to and report abuse of any kind. My heart goes out to you, XOXO

I don't think the store management nor others can do anything about it. Its the people who are abused (here the wife and kids) should do something. For all you know the kids will retaliate once they attain adulthood.

I don't think there's anything anyone could've done at that particular moment. The fact that the woman avoided your eyes suggests she would've defended her husband, perhaps even turned on you (which is what happened to me once in a similar situation). Without cooperation from the woman, there's not much the police can do. So many feel stuck for economic reasons. Still, it all unnerves. We can only hope the woman eventually came to her senses and took action.