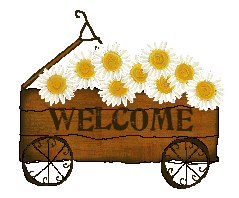 Do you know how to make God laugh?
Tell him your plans.
(Old Jewish proverb)

I had planned to return to blogging again on August 25th which was one year after my last posting. As usual, my plans didn't work out.

I got a different computer and had all my stuff transferred, not knowing that the Microsoft Word program on the old computer was not registered. I wound up with everything stored in Word inaccessible to me. After trying several work-arounds, I gave up after four weeks and went online to buy a new copy of Word  for $109.00. As usual, everything was unbelievably complicated. It took two days and dealing with five separate people to get it installed. I must admit that one of the complications is that I am a computer putz!

I won't even get into the problems I had finding my blog and being able to post again. But anyway, here I am, nearly a year and a month later.

The reason I stopped blogging was because I felt that out of fairness, I had to follow the blogs of everyone who was a follower of mine. This became so time-consuming I that I had to draw the line. But, I missed it so I'm going to try it again. We'll see how it goes.
Posted by Ms Sparrow at 1:10 PM

Welcome back.
I don't feel like I have to comment on every bog that follows me. I do visit most each day, or try to, but post on the topics that interest me and on which i might have an opinion.
Otherwise, I'd be blogging and posting 24/7.

Welcome back! I read a lot of blogs that I just don't have time to comment on.... And some I subscribe to but don't always have time to read. But I enjoy catching up when i can.... Heck, sometimes, like now, i don't even have time to catch up on my own.

I'm glad you missed us and are back. I've missed you, and have slipped over a couple of times to check for activity. I don't comment consistantly on the blogs I read, I just enjoy reading. So, welcome back!

A very warm welcome back to you! I am so happy you are back. Sending you a hug. :)

Welcome back so glad you got it all figured out; I am so far out of touch with modern digital info but I plug along. Being in a new community and sort of isolated due to my art and other concerns, blogging affords me some semblance of contact with the outside world. My blog is like my own journal and I don't expect everyone that follows me to comment; I do refer back to my own posts for recipes I've forgotten or techniques in clay I can't remember. Ha.

I do not follow everyone who follows me, I would never get off the sofa, I do pop in and out when the fancy takes me though. I do follow and eclectic mix, if I spot something that holds my interest then I read for a few days or so then either follow or not.

At times I have felt much the same way as you have felt. Commenting on all your followers can be time consuming. Glad you are back...and, I too, have missed your blog.

Thank you for all the warm responses!

Hey, Ms. Sparrow, happy to hear from you again! I don't feel that I have to comment or even read every post, I just try to check in from time to time. I haven't posted as often as I should, either, but some is better than none!

Congratulations on getting to grips with the demon program. There is nothing more annoying and frustrating! I don't read every post that my commenters write but seeing their comments is often a gentle reminder to me to take a look at what they've been up to. ( I don't expect everyone to read every post of mine, either!).

So glad to see you back and know all is well. I don't do as much commenting as I'd like, but try and stop by and say hello when I can.